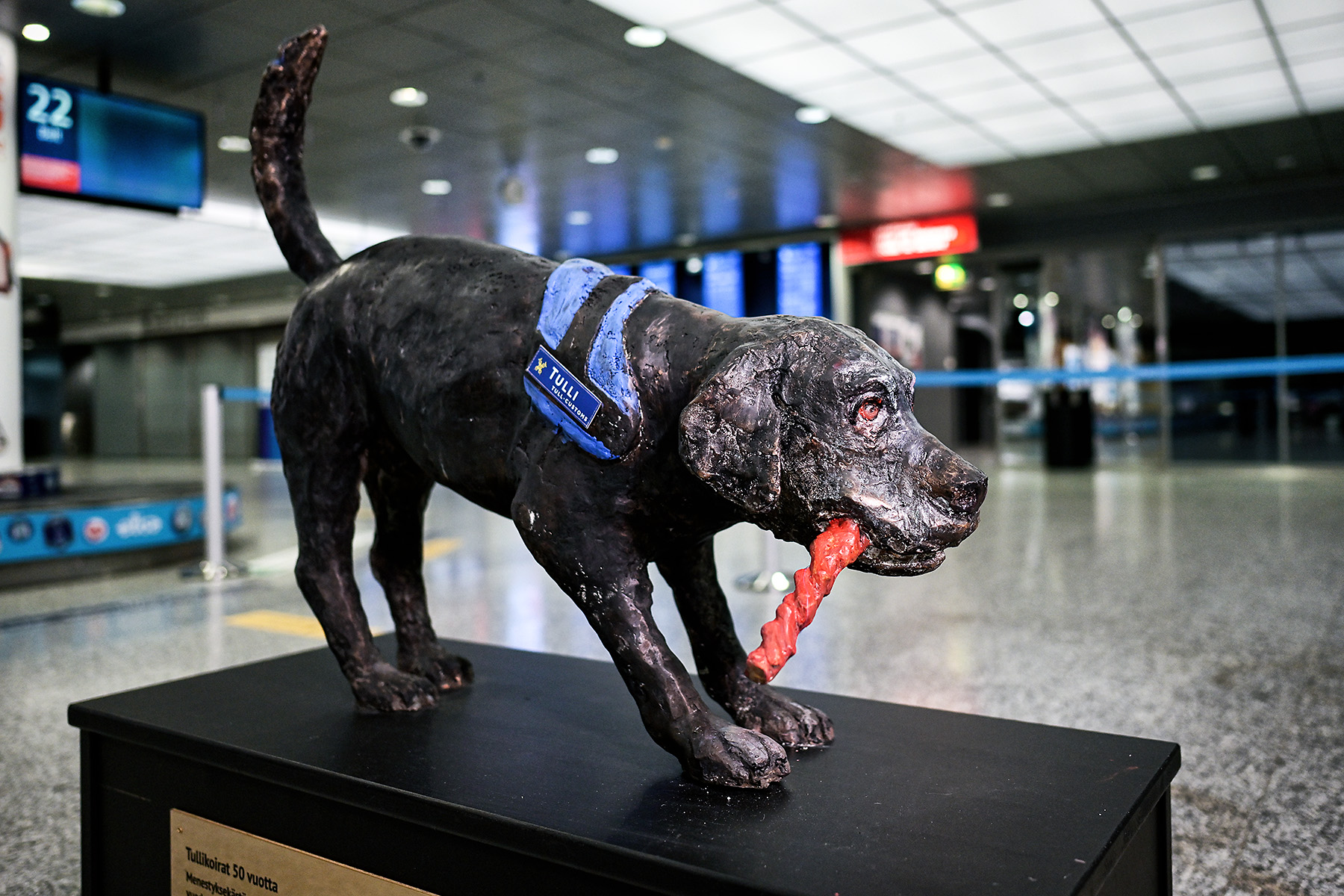 Customs has received the bronze statue as a donation and as a tribute to the successful work of customs dogs. The statue was designed and funded by Ms Maija Hyvönen Hossain, and the bronze cast is by artist Mr Antti Nordin.

“Finnish Customs has a solid track record of training dogs and diversely employing their help in enforcement work for more than 50 years. Our dog activity is based on clear objectives and strong results. We are grateful to receive this tribute to our work”, says Mr Kari Marjamäki, Director of Enforcement.

The “mother” of the statue, Ms Hyvönen Hossain, says that the bronze statue is the result of cooperation by a large group of artists. The artist was inspired to create the statue after watching the “Suomen tulli” television series that introduced customs work to the entire nation.

“The inspiration for the statue, Dani the narcotics dog, worked at Helsinki-Vantaa Airport. It is wonderful that the statue is placed at such a visible spot at the airport”, says Ms Hyvönen Hossain in delight.

Delighting travellers at a visible spot

The statue is placed at a prominent location in passenger terminal 2A at Helsinki-Vantaa. Once passenger traffic returns to normal, the statue will delight travellers from around the world.

“Finavia has pointed out a prestigious location for the customs dog statue in the terminal for international air traffic. Customs dogs play a visible and pre-emptive role in active customs work, but in the future, the statue will for its part remind air travellers of the enforcement work by Finnish Customs in a positive way”, says Mr Mika Pitkäniemi, Head of Airport Customs.